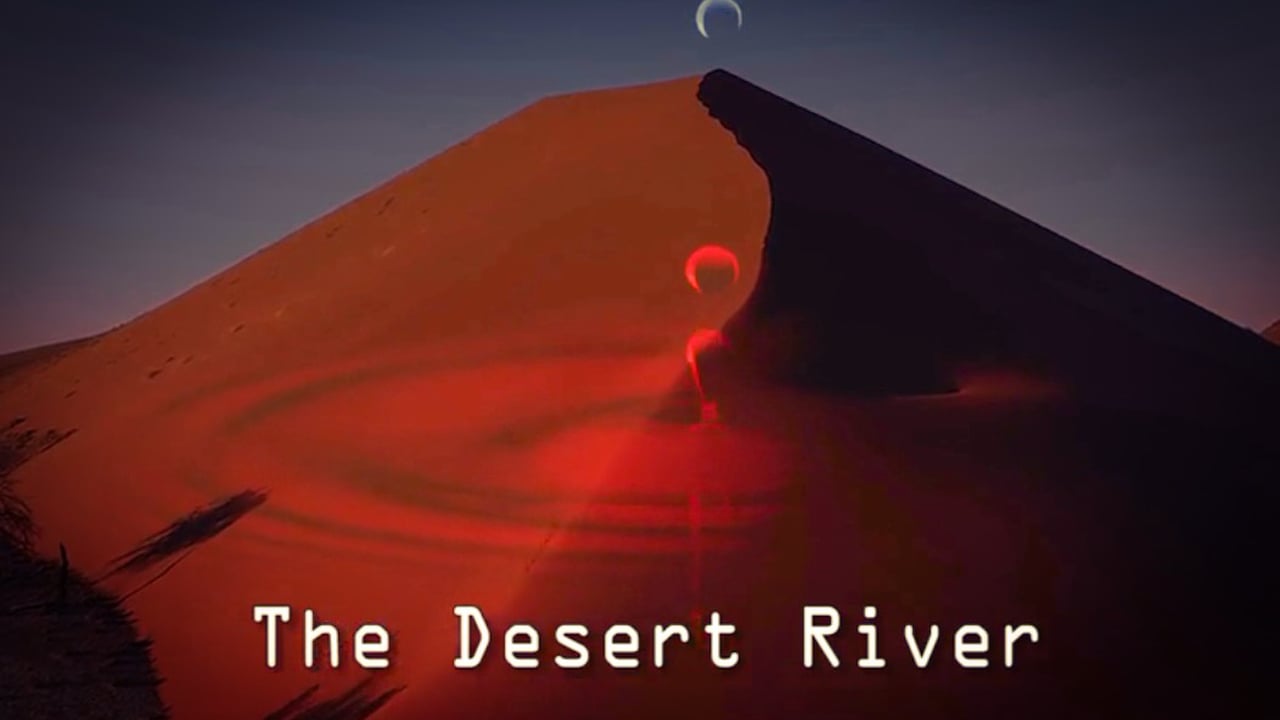 If you lose your freedom, if you lose everything, lose your mind…
Who will rescue your soul and save your life?

The Desert River is an independent feature film currently in production in Portsmouth, Morocco, South Africa and the Isle of Wight.

It is a story about a Royal Navy Officer who develops Post Traumatic Stress Disorder (PTSD) and substance abuse issues after being kidnapped while serving the Gulf. On return to Portsmouth he loses everything but realises he functions better when he is more active. In a desperate attempt to sober up and [1] win back his wife he decides to walk from Casa Blanca to Cape Town. The route takes him along the West African shipwreck trail where he meets and ancient desert tribe who lead him to a place of healing: The Desert River.

“I’m tired of being afraid of people. I’m going to start walking and I won’t stop until the demons go away. I must overcome this fear and win back my life.”

Dr Braam Ackermann, an Anglicised South African Psychiatrist working in Portsmouth, produced and wrote the film. He is playing the lead role of Commander John Davids in the film.

Braam says: “As a psychiatrist I've come to realise that many of the mental illnesses that we treat have their genesis in traumatic life events. As a human being, I have not been immune to this. I fell from a cliff as a child and lost three immediate family members in traumatic circumstances, and I have suffered with PTSD myself.


My first love is music and I dreamt a song called 'The River' a year ago which sparked the idea for this film. I ended up writing the entire script and the soundtrack to this film in parallel while living in Portsmouth this past year.”

Braam was a child actor while growing up in Cape Town, where the British Royal Navy had a base for decades. He says: “My father was a working actor and had served in the South African Navy as a young man. When I was a child he used to take us to Simonstown Naval Base and to shipwrecks off the Cape of Storms. He had always wanted to make films himself and now I am partly fulfilling his dreams.”

The film is nearly completely filmed and a crowd funding exercise is underway to help finalise the project to pay the local and international cast. Over £1000 was raised on the first day.

1) For more information on The Desert River movie and for updates and behind-the-scenes latest follow us on:
www.facebook.com/desertriver
www.twitter.com/desertriver
https://www.instagram.com/thedesertriver/

2) For more information on Dr Braam Ackermann and to view his previous work, including extracts of the award winning film The Genes of Our Fathers, please see: http://www.risenovember5.com

3) "Many people have PTSD without realising it" says Braam. "In my experience, it is often women who were in abusive relationships years ago". A survey of the general population in the UK found that 3 in 100 adults screened positive for PTSD, however this rises in veterans of active service (although precise numbers are currently unmeasured) and reaches 2 in 3 prisoners of war. Furthermore, 1 in 5 veterans are likely to suffer from a common mental illness - such as depression, anxiety or substance (generally alcohol) misuse - which has been caused or aggravated by their Armed Forces experiences.
All of these figures may in fact be higher, as people come to understand and recognise the signs and symptoms of PTSD and feel better able to seek help without stigma. For example: There has been a 26% increase in the number of ex-Service personnel seeking help for mental ill-health and Post Traumatic Stress Disorder (PTSD) over the last year (2016-17).
{Data sourced from patient.co.uk and https://baff.org.uk}

4) For further information on PTSD, trauma and how it may affect or manifest in you or another, please see:
http://www.rcpsych.ac.uk/healthadvice/problemsdiso... - Royal College of Psychiatrists, Key Facts on PTSD
http://www.trauma-pages.com - David Baldwin’s Trauma Information Pages