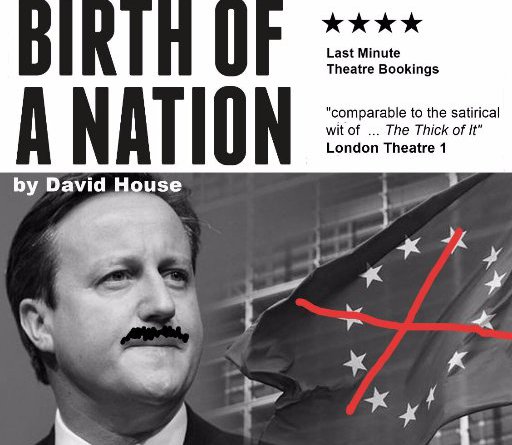 Birth of a Nation ..a political comedy by David House

We’re out of the EU! The Labour party is crumbling from within! The NHS moves steadily closer to privatisation and the Tory government has a shiny new PM! Life is great. Isn’t it?

Joe is a fresh faced, hot shot Conservative MP. Internationally aware and sympathetic to the working classes but a realist in a time of social and political upheaval. As Britain finds itself in uncertain turmoil and Labour bicker amongst themselves, the Tories aim to look strong and make Joe an international superstar of right wing politics, the face on the frontline of a new Conservative party. But are Joe’s left-wing leanings at odds with what the party wants from him?

Birth of a Nation is a political comedy that takes a satirical swipe at the failings of a Tory government riddled with NHS pains, Boris Johnson and Brexit.

The play began as a 15 minute piece for an Actor Awareness scratch night and was developed into a 1 act play for Theatre N16 by theatre company Indigochild Arts who are planning to develop the piece further.