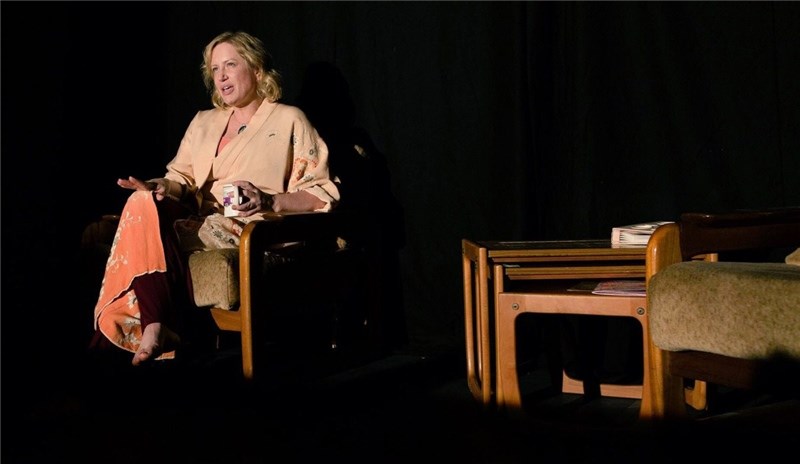 Sue Beere, whose husband Jon, has always maintained his innocence, is the subject of Beerey, written and acted by her friend, Lois Temel, and is about the impact of the conviction on her family

Jon was convicted of being the organiser of a group who picked up rucksacks containing cocaine with a street value of £53 million in the Channel from a container vessel. The drugs were dumped overboard off the south coast of the Island for someone else to collect.

His appeal is in a two-year backlog of cases to be dealt with by the criminal cases review committee.

The play has already been performed in London and the one-woman show concentrates on Sue's relationship with her 22-year-old daughter, Elle, during the six years he has already served in jail.

Sue said: "I am nervous it is on the Island. As a family, we have had our knockers but this the true story of what has happened to us.

"People make judgements without knowing us but they are welcome to come along and see the play and see for themselves how this has affected us."

The play will be performed at Ventnor Winter Gardens on Thursday and Friday, and Ryde School, which Jon used to attend, on May 24 and 25, as part of a UK tour that includes London, Bath and Buxton.

Lois plays both parts and said: "The Island version will be different to previous performances because the play is updated and things continue to change in their lives.

"We also have tacit approval from the BBC to show footage of the Victoria Derbyshire Show when Jon's case was highlighted so it will be played in the background.

"At previous performances people have walked away crying, not even knowing the story is true. That shows just how powerful play is and the message we are sending out."